The Jiang Fish Ball franchise at Susco petrol station in the Ekamai-Ram Intra area and an inset of takeaway packages from the eatery.

The government’s recent ban on dining in at restaurants in major cities and reports of more Covid infections at some high-profile restaurants have sounded the death knell for many eateries.

These factors represent a doubly whammy for small and medium-size family-run eateries, street stalls and food vendors, which rely heavily on foot traffic.

With the third wave of the pandemic and the ban on eating meals on the premises, many customer have lost their appetite for dining out.

Family-run eateries, street food stalls, food vendors and restaurant chains are being forced to make a painful decision on whether to throw in the towel or temporarily close their doors.

But amid the crisis, creative ideas have emerged as restaurateurs struggle to find a niche to stay alive.

Copper International Buffet has fine-tuned its services in an effort to weather the crisis. The restaurant has its drivers wear personal protective equipment (PPE) to deliver food to households throughout Bangkok. 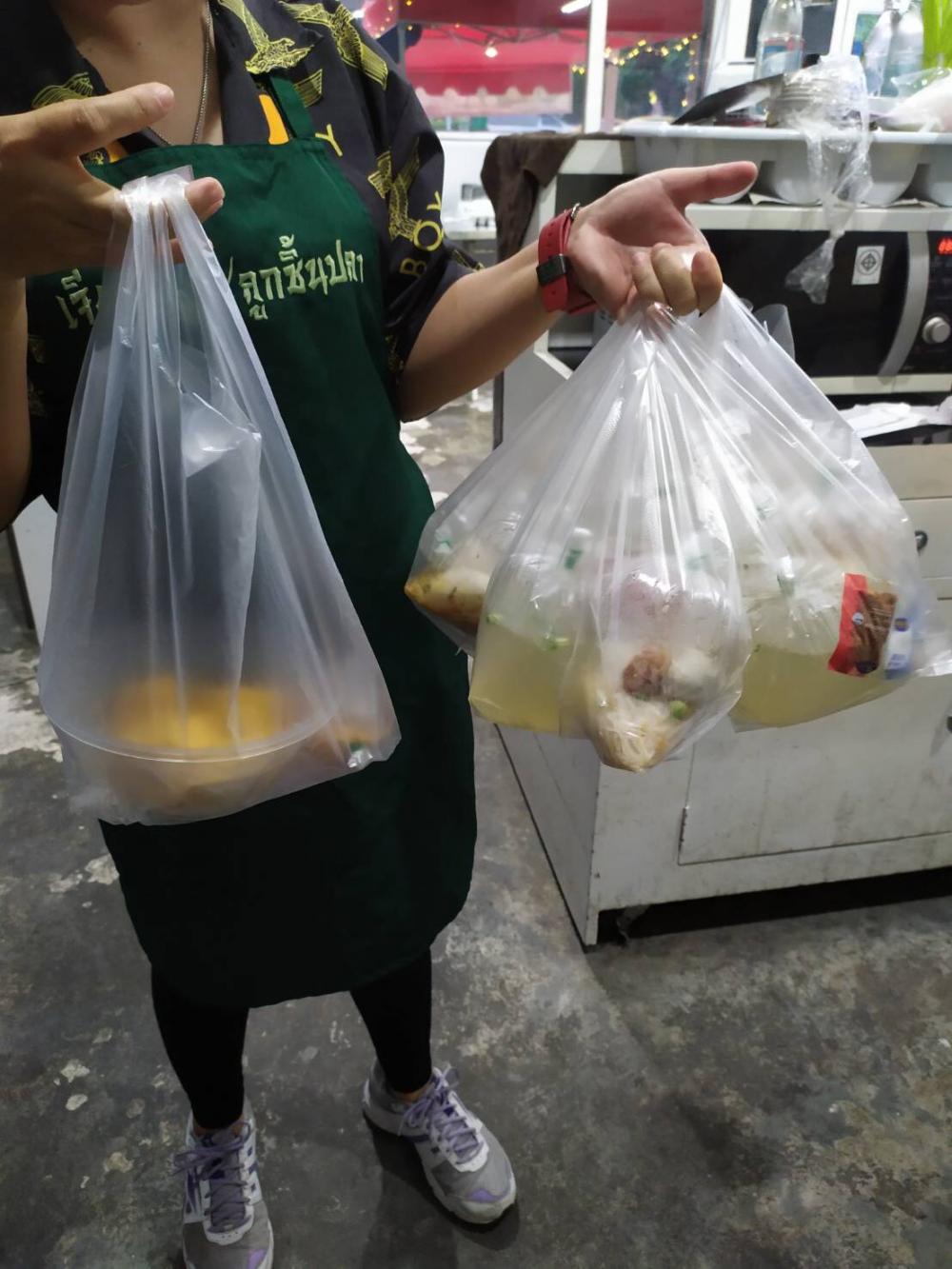 “To regain customer confidence, we immediately decided to order hundreds of PPE uniforms for our drivers to wear when delivering food to customers,” said Mr Kasem.

“As a result, our delivery sales turned around, but they have yet to offset the decline in sales from the ban on dining in at restaurants.”

He said the restaurant plans to have its waiters and waitresses wear PPE uniforms to serve customers once the ban on dining in at restaurants is lifted.

“Despite being successful with delivery offerings, our business is still running at a loss because 80% stemmed from people dining in our restaurant,” said Mr Kasem.

Boonyong Tansakul, chief executive of Zen Corporation Group Plc, said following the ban on eating in at restaurants, the company created a new programme called “Chef Care by Zen” to increase consumer confidence when ordering its food via delivery.

Under the programme, each food package delivered to customers mentions the name of the chef who cooked the meal.

“Buffet and shabu restaurants have felt the brunt of the ban on dining in because these models are not suitable for delivery,” said Mr Boonyong.

However, he did not become disheartened, instead initiating the ZEN Buffet Take Home & Delivery programme on May 10. 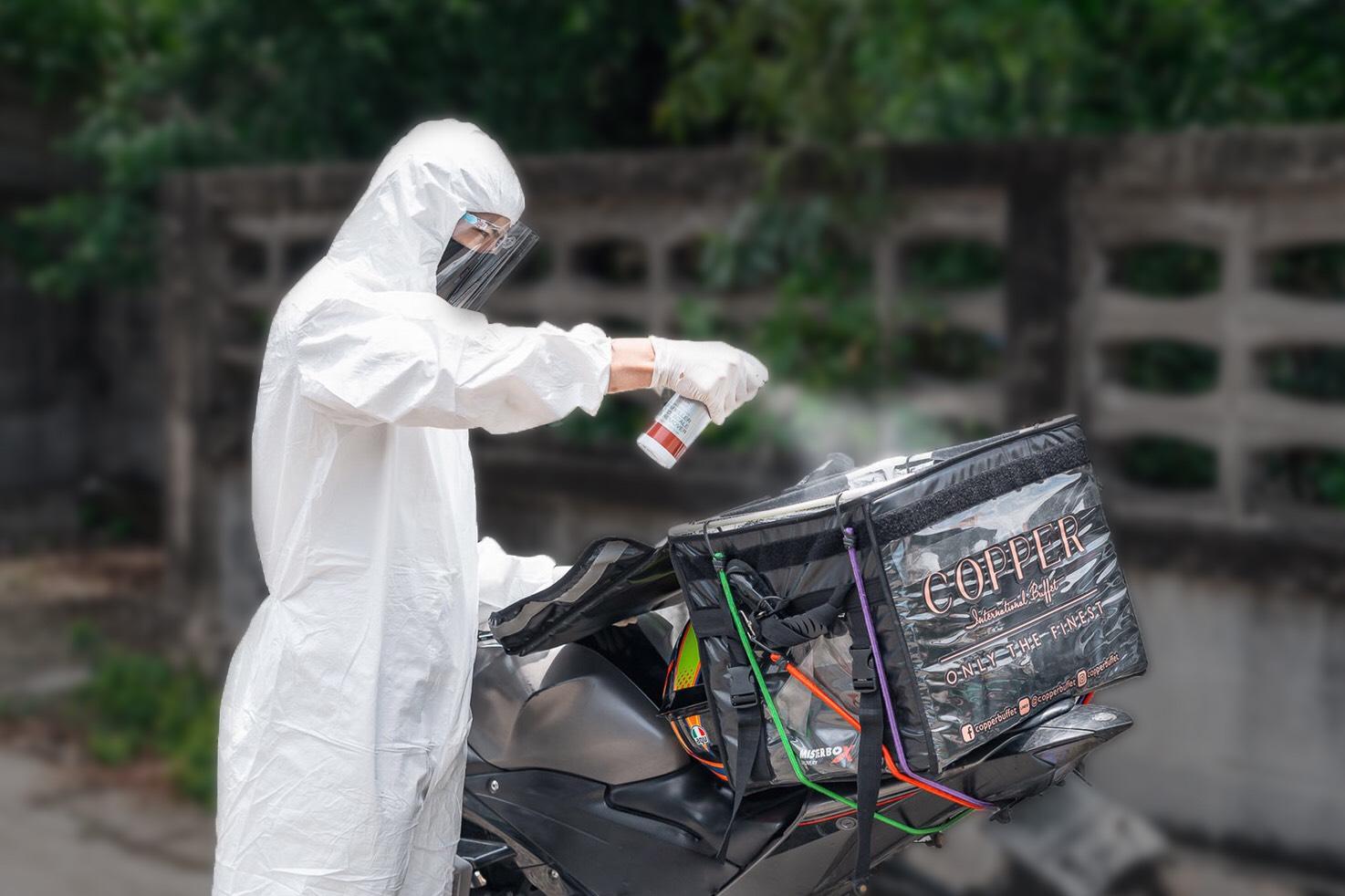 Delivery drivers for Copper International Buffet restaurant spray disinfectant on food containers before leaving the company’s premises, then spray it again upon arrival at the customer’s residence.

Shortly after the ban on dining in restaurants, Thanapong Vongchinsri, the owner of Penguin Eat Shabu, started selling durian online.

“Our trial effort garnered a good response and now it is not difficult to find durian in the market,” he said.

“We are looking for processed durian products and other easier ways to eat shabu via delivery.”

Taniwan Koonmongkon, the maker of Klongthip boxed rice for delivery, said since the Krystal Club cluster of infections its delivery orders, valued at 70,000-150,000 baht per day, dried up as people shifted from their workplaces to working from home, while seminars were postponed.

“I was shocked. It was like being hit by lightning,” said Mrs Taniwan.

“Our employees have been unemployed for two weeks, so I’ve switched to making Chinese sausages [kun chiang] and am seeking independent distributors, planning to extend the product lines.” 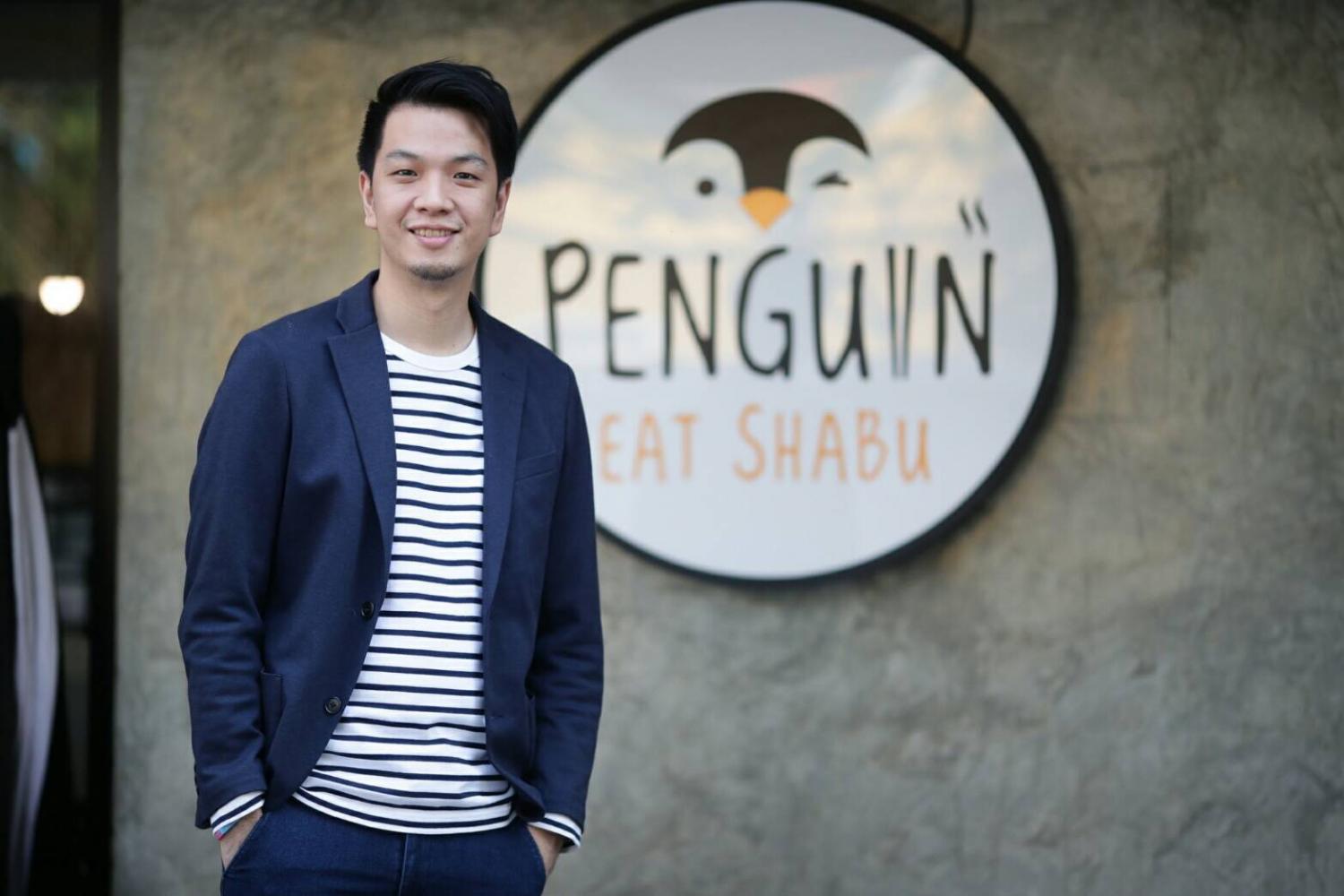 Mr Thanapong from Penguin Eat Shabu said the impact of the third wave has been fiercer than the first two waves.

Customers have little spending power and his restaurant sales have declined by 80%.

“We are small businesses, not big chains. Landlords have yet to offer a helping hand,” he said.

“We can’t continue our operations and are deciding whether to close two more restaurants out of eight total branches soon. After the first wave, we closed two restaurants in Chiang Mai and Silom.”

Similarly, chef Chumpol Jangprai, the owner of R-Haan restaurant and a former Iron Chef and TV celebrity, said he decided to close service for his restaurant until the end of June.

Supamas Kongwiwatanakul, the owner of Glongsaensuk, a Thai and European restaurant in Phan Thong district in Chon Buri, said she made the decision to close her restaurant earlier this month, but still helps her staff in terms of accommodation, food and some payment.

Her employee numbers have gradually decreased from 30 to 10.

Long working hours are a killer, WHO study shows

Mark Peel, ‘the LeBron James of the grill’

Chefs from San Antonio’s Sichuan House, Sangria on the Burg team up for…

Three chef-approved hacks to peel garlic in no time

CT Italian Eatery Stands Out For Made-From-Scratch Entrees, Plus Bocce