The energy industry is undergoing a massive pivot from carbon-emitting fuel sources to cleaner alternatives. This change could put some energy companies out of business one day if they don’t transition with the rest of the sector.

However, not all energy companies are at risk of extinction. We asked some of our energy contributors which ones they believe will survive. They pointed to Royal Dutch Shell (NYSE:RDS.B), TotalEnergies (NYSE:TTE), and Williams Companies (NYSE:WMB), which are all are working to future-proof their businesses by participating in the transition. 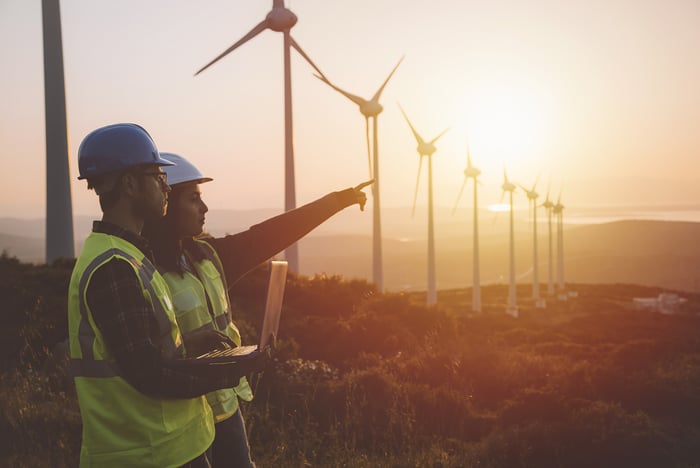 Making sure there’s a future

Reuben Gregg Brewer (Royal Dutch Shell): Integrated energy giant Royal Dutch Shell cut its dividend by 66% at the start of 2020. That was roughly around the same time as its announcement outlining a clean energy shift. It was a bold move and one management promised would position it for growth in the future. Since that cut, Shell has increased its dividend twice, proving that it was serious about quickly returning to dividend growth off of the new base. That’s commendable and should put the company back onto dividend investors’ radars.

What about that repositioning? Shell traces its history back to 1833 when it sold seashells (thus the company’s name and logo). It then moved into selling kerosene and eventually become the oil and refining giant we know today. So change isn’t exactly new for Shell, even though the current shift from oil to electricity is larger than previous transitions. The bigger picture is that Shell, as an entity, is looking to ensure its survival. That deep dividend cut, meanwhile, has given it the breathing room needed to get that done, noting that it has materially increased its balance sheet strength via debt reduction since the cut.

It won’t be a smooth ride, as a recent legal setback impacting its carbon reduction targets proves out. Indeed, clean energy targets are something of a moving target right now. But the company’s plan to use its oil business to fund its clean energy transition appears sound — and is already well underway. The longer oil prices remain resilient, meanwhile, the easier it will be to execute on the plan. And since oil is likely to remain an important energy source for decades to come, there’s still ample time to adjust.

A cleaner oil company in the making

Neha Chamaria (TotalEnergies): This past May, French integrated oil giant Total changed its name to TotalEnergies to reflect the “broad energy company” it’s transforming into, one that’s committed to producing and providing more reliable and clean energy. This transformation is also precisely why the changing energy landscape won’t sound the death knell for TotalEnergies, unlike several oil and gas companies.

TotalEnergies wants to increase its energy output while decreasing emissions, which is why it is planning its investments in such a way that by 2030, it can triple its energy production, generate half of it from natural gas, and bring down the share of oil and oil products in its sales mix to only around 30%. Natural gas is the cleanest fossil fuel, and accounted for 40% of the total utility-scale (plants with a generating capacity of at least one megawatt) electricity generated in the U.S. in 2020, according to the U.S. Energy Information Administration.

TotalEnergies is also investing in other renewable energy sources like wind and solar. Notable investments include a partnership with India’s largest energy and infrastructure conglomerate, the Adani group, to support solar energy development in the nation.

TotalEnergies’ commitment to becoming a cleaner energy company is evident in its capital spending plan. It is directing 50% of its annual capital expenditure into its core liquefied natural gas business, and the other half toward its renewable and electricity business. All this while the company strives to cut operating costs, maintain a strong balance sheet, and pay out regular dividends as long as oil remains at or above $40 per barrel. With the stock yielding a solid 7.6% currently, TotalEnergies is unlikely to disappoint investors through the energy transition. 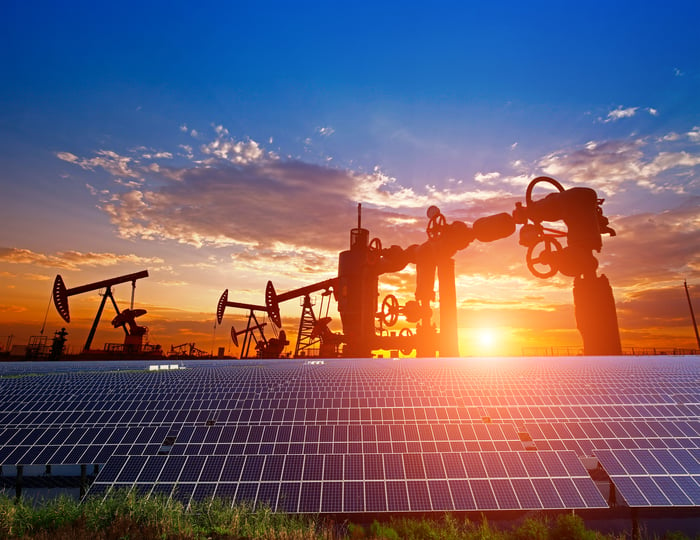 Focused on the cleanest fossil fuel

Matt DiLallo (Williams Companies): While fossil fuels get a bad rap, natural gas is playing a crucial role in cleaning up carbon emissions. It’s displacing coal as the leading power generating fuel and helps fill in the intermittency gaps for renewable energy. Because of that, it will remain an essential piece of the energy transition.

That bodes well for Williams Companies, a leading natural gas infrastructure operator. The company should be able to generate a steadily growing stream of cash flow as it expands its pipeline network to support continued natural gas demand growth, which analysts at Wood Mackenzie see expanding at a 2% compound annual rate through 2030. Williams has a large pipeline of opportunities to continue growing its existing gas infrastructure business to capture rising gas demand in the U.S.

Williams also sees opportunities to participate in the energy transition to even cleaner fuel sources. For example, the company anticipates investing up to $400 million on solar energy projects to power its natural gas infrastructure assets. In addition, it’s looking for opportunities in renewable natural gas, which is an even lower-emission pipeline-ready fuel. Finally, it’s monitoring opportunities in hydrogen, which could one day become the emissions-free fuel source that…

Lawmaker yells at Gowdy: This is not Benghazi!

JPM, Barclays, And Citigroup Are Betting Big On Arctic Oil

Solar companies warn tariffs on imported panels would be devastating

U.N. Live Updates: Biden Pledges to Work Toward ‘Peaceful, Prosperous Future For All’

As holiday merchandise gets held up, discount retailers get…

Leave NCAE, get a raise :: WRAL.com