Vermont Is Remaking its Power Grid to Fight Climate Change


Visitors entering a code-locked central control room at Green Mountain Power (GMP)’s Colchester, Vt., headquarters instinctively lower their voices, whispering in deference to operators relaying orders from behind semicircular clusters of screens. It’s an intimidating space; one side of the black-walled room is taken up by a display showing a sprawling, yellow-lit maze of connections and symbols: a map of electricity flowing across the local grid. Technicians here have the daunting job of managing that vast, interconnected network; controlling hundreds of breaker switches; monitoring solar and hydroelectric electrical output; and anticipating energy demand spikes to keep Vermont’s lights on. When there’s an outage, these operators help coordinate the painstaking work of bringing the system back online.

“It’s basically like a puzzle,” says Jeff Lawrence, a seven-year control-room veteran. “When a storm comes through, the puzzle falls apart. You’ve got to put it back together, one piece at a time.”

In Vermont and around the country, those puzzle pieces have been falling apart more often as climate change makes extreme weather events more frequent and severe. Last month, extreme high temperatures pushed power grids in the Pacific Northwest to their limits, while around 700 people were killed during Texas’ massive power outages this past winter. “It’s heartbreaking to see weather events come through, and to see the impacts of climate change happening all over the country,” says Green Mountain Power CEO Mari McClure, sitting in a conference room at company headquarters. 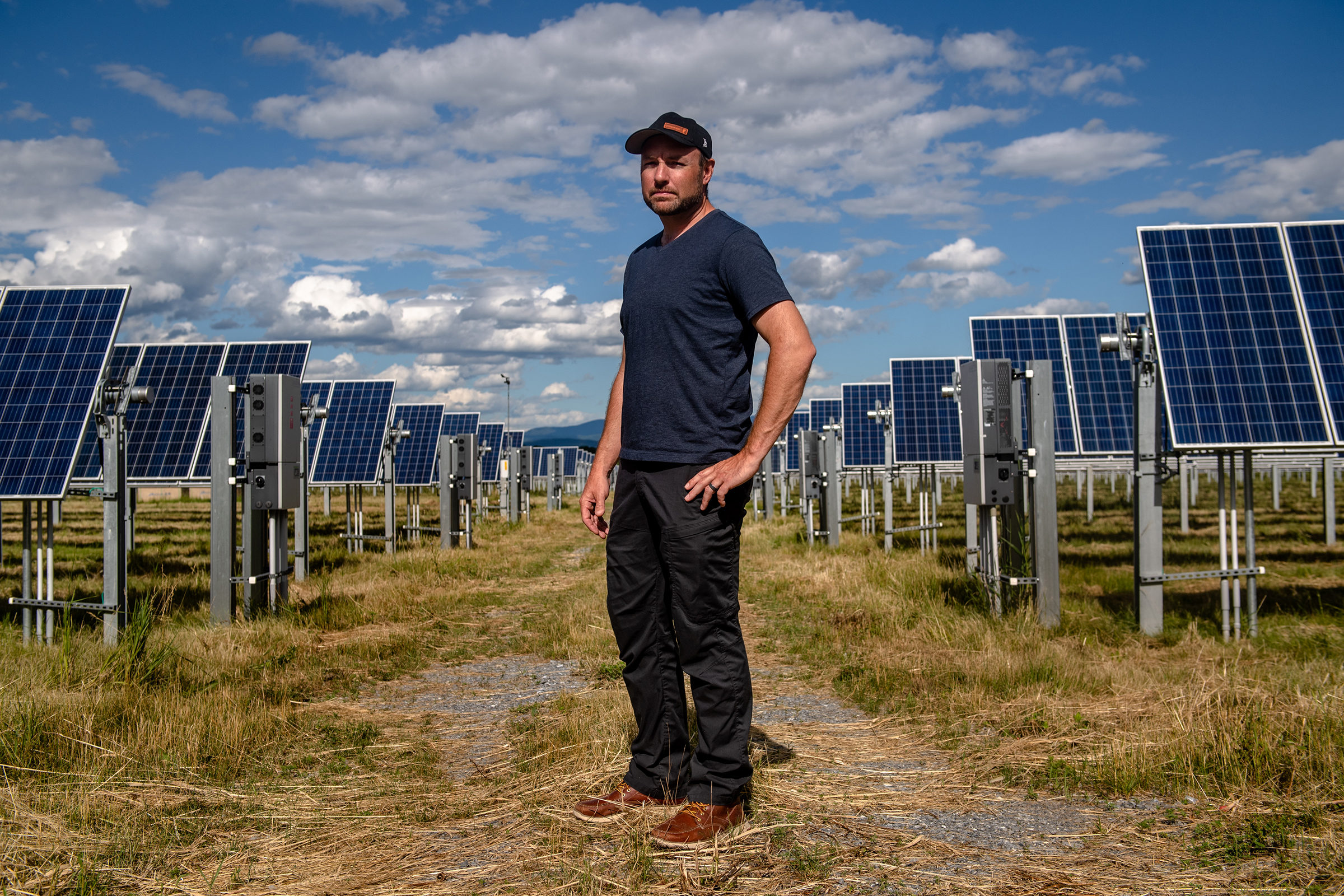 GMP engineers spent two years modeling electrical scenarios and testing components to make sure the system would work safely. “I can come up with 10,000 reasons why you wouldn’t pursue this,” says Josh Castonguay, VP of engineering and innovation, photographed at the solar farm on June 23. “This won’t work. That won’t work. They’re all things that you’ve just gotta engineer through.”

McClure speaks in measured tones, drawing shapes with her hands as she explains that, in part to mitigate the threat of climate change, GMP is in the process of transforming its grid. It’s moving away, she says, from large generator plants and long transmission lines, and toward a more decentralized approach premised on technologies like networks of utility-connected devices and new, cheaper battery storage, in a system meant to protect against massive power outages and hasten a transition away from fossil fuels. McClure, onetime MVP of the University of Buffalo’s women’s basketball team, is fond of sports metaphors. “You play hard, and winning takes care of itself,” she says. “That’s the analogy to our transformation work.” But just as in a basketball game, when it comes to the gargantuan task of remaking the nation’s power grid to avoid climate catastrophe, the clock is running out.

Decarbonizing the U.S. electrical system is not as simple as replacing every fossil-fuel-burning power station with a wind farm or a solar field. Unlike coal and natural gas, renewable resources are intermittent—meaning they don’t work when the wind doesn’t blow or the sun doesn’t shine. A major shift to renewables will require electric grids to be reconstructed to account for those limitations, a massive and costly undertaking. National leaders have made plenty of pledges to address both emissions and resilience, but have been slow to implement real-world solutions. Lately, GMP and other forward-thinking power companies have begun bridging that gap, piloting the complex systemwide reconstruction and engineering workarounds necessary to create a reliable, carbon-free power grid before it’s too late. 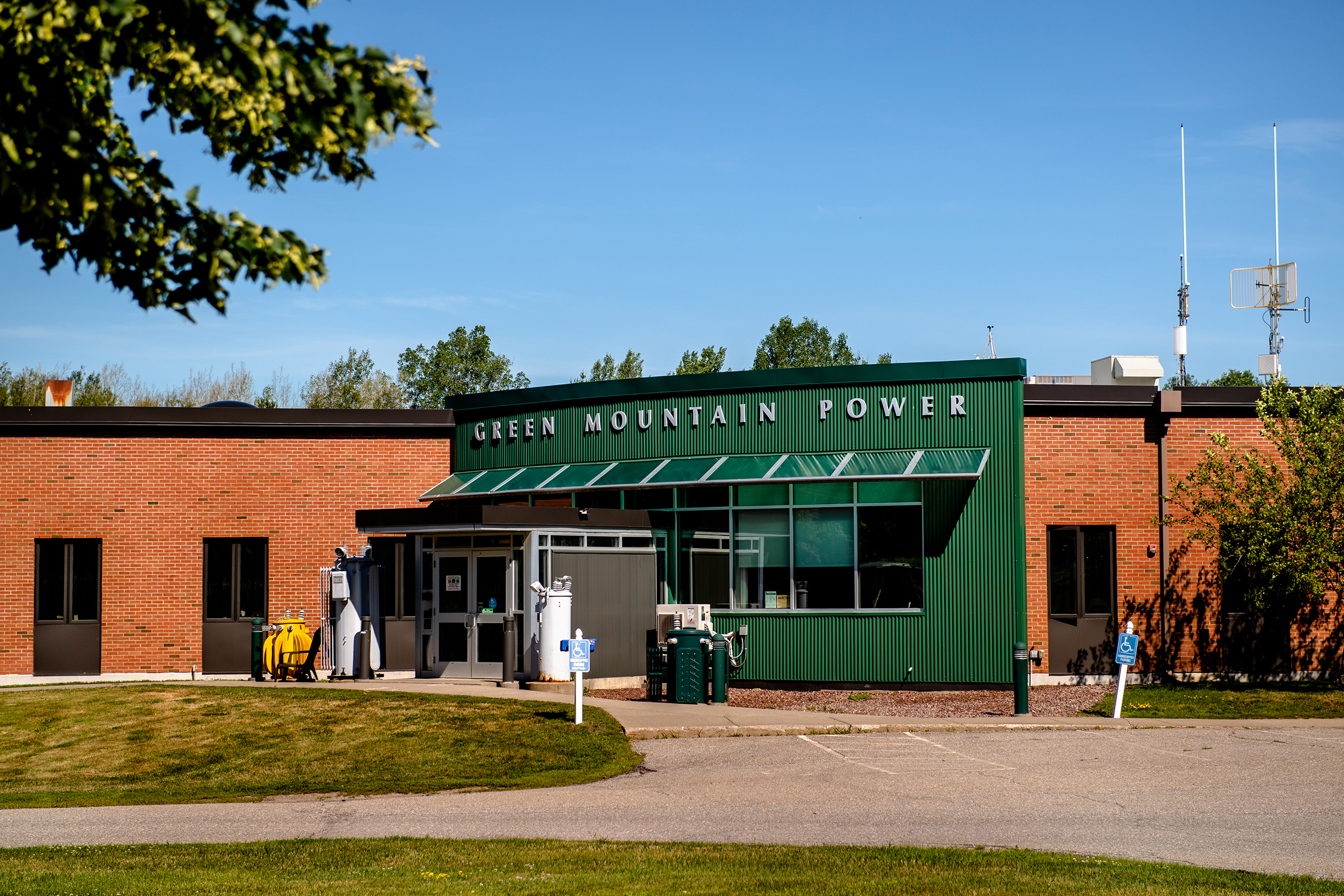 GMP’s headquarters in Colchester, Vt. When activated this month, the Panton system will become the first U.S. utility-built community microgrid able to run on renewable energy without a fossil-fuel backup.

Rural Panton, Vt., is home to GMP’s newest effort to remake the electric system: a “microgrid” attached to a solar power plant, which can distribute its electricity to parts of the nearby community in case they get cut off from the main energy network due to falling trees or heavy snows, common occurrences in this isolated New England town. GMP engineers spent two years…

8 US attorney picks by Biden would include historic firsts

Solar companies warn tariffs on imported panels would be devastating

U.N. Live Updates: Biden Pledges to Work Toward ‘Peaceful, Prosperous Future For All’