MINI Urbanaut Concept Might Lead To A Production Minivan, Company Says At Munich


The MINI Urbanaut concept may find its way into production as revealed to Autocar by Mini designer Oliver Heilmer during the 2021 IAA Mobility Show. If the project is green-lighted by BMW Group, the futuristic MPV could be revealed in production form five years into the future at the earliest, since a lot of work needs to be done before it rolls out of the factory.

It seems that positive reactions following the concept car’s launch have urged BMW executives to consider the Ubranaut as a possible addition to MINI’s future range next to the Hatch, Clubman, and Countryman. Oliver Heilmer, head of MINI design, told Autocar “With what we achieved, BMW is now thinking there is a chance for production”.

Despite the good news, MINI designers and engineers will have to work really hard in translating this concept to reality since there are many technical challenges on the way. Firstly, the Urbanaut doesn’t fit any of the existing platforms of the BMW Group, and it uses steer by wire technology which is not yet in production. However, Oliver Heilmer states “we’ll never give up on it” which means they are working on possible solutions.

See Also: MINI STRIP By Paul Smith Is A Bare-Bones Concept Car That Cares About The Environment

For those who are not familiar with MINI’s MPV, the Urbanaut was revealed in digital form in November 2019 followed by a physical prototype in June 2021. In the jump from 3D to the real world, the MPV retained all of its design features including the illuminated wheels, the large greenhouse, and the windscreen that can lift up creating something like a “balcony” when the vehicle is parked. 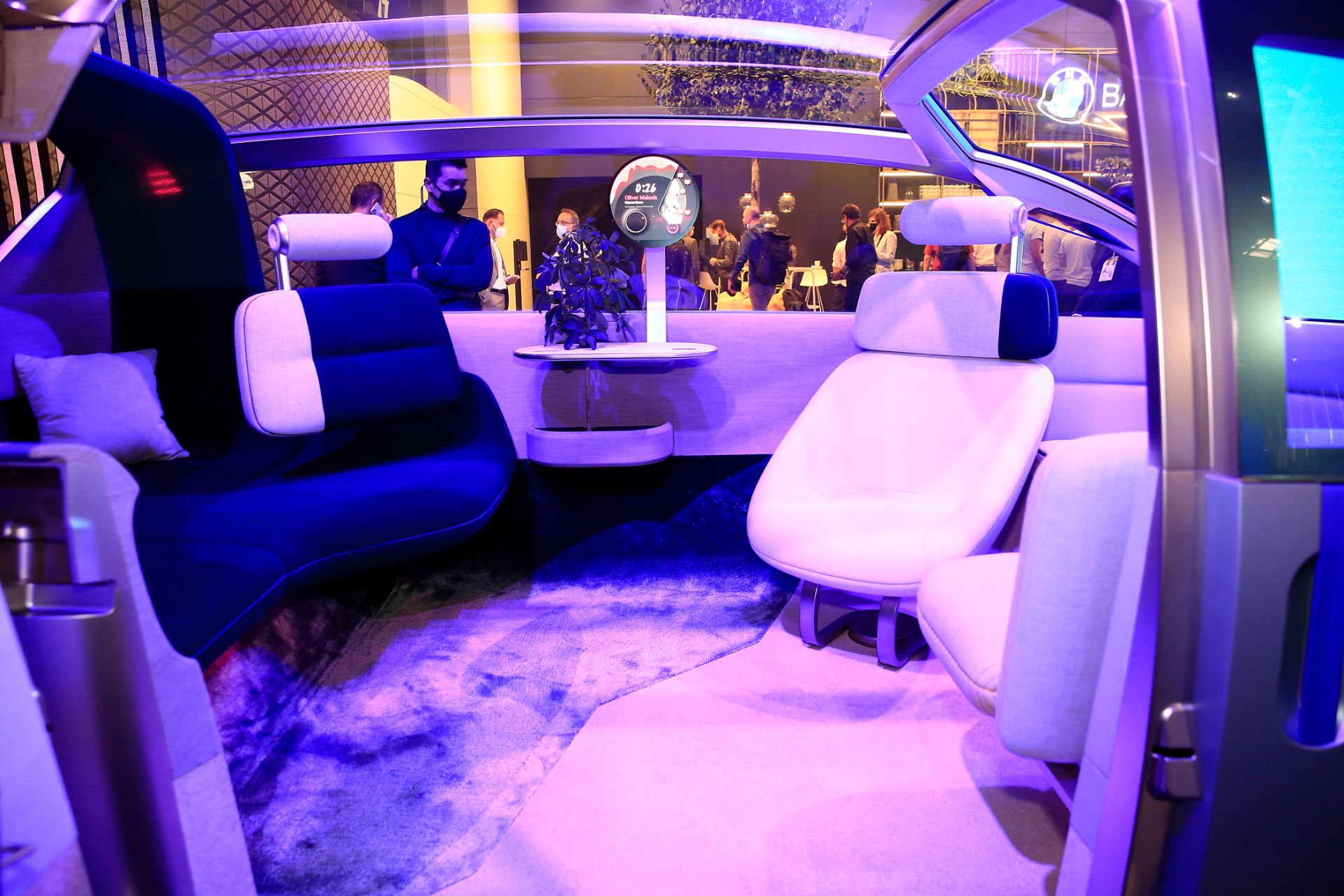 Most importantly, the configurable interior with three modes – Chil (for relaxing while parked), Wanderlust (for driving / autonomous mode), and Vibe (for a party-like atmosphere) – was designed to showcase the possibilities for the future. The lounge cabin had a swiveling driver seat, a couch-like rear seat, a dashboard converting to a daybed, a planter, a circular screen/lamp, and a small table. A concept for the future wouldn’t be complete without renewable and recyclable materials including wood, cork, polyester, and tencel.

If the project was developed for production, most of its quirky design features would give way to a more practical cabin layout (that could still be configurable). After all, the target group for a vehicle like this would be larger families. Following the spirit of the original Mini Cooper and thanks to the fully electric platform, the Urbanaught could make the best possible use of the interior space despite its rather compact exterior dimensions, measuring 4,460 mm (175.6 inches) long. 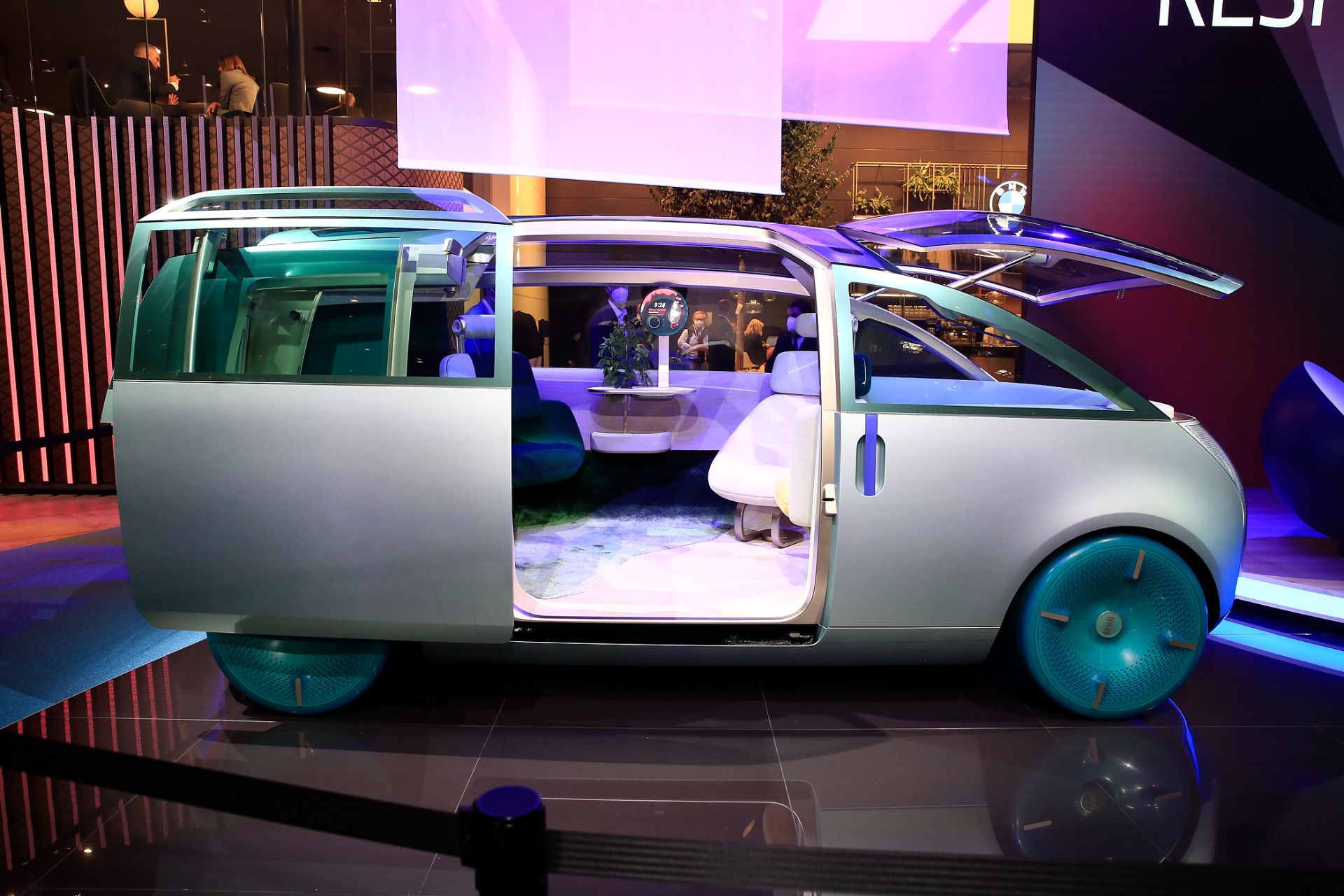 Heilmer unexpectedly revealed that he always intended the Ubranaut to be considered for production, despite the fact that it looked like a design study. While we love seeing crazy concept ideas reaching production, an autonomous-ready MPV wearing the MINI badge sounds like a project from a distant future. In any case, time will tell and in a few years’ time, we might see camouflaged prototypes of the Urbanaut roaming the streets.

Many teens are hesitant about the stock market, survey finds

The Gilmore Heritage Auto Show Is Back – NBC Los Angeles