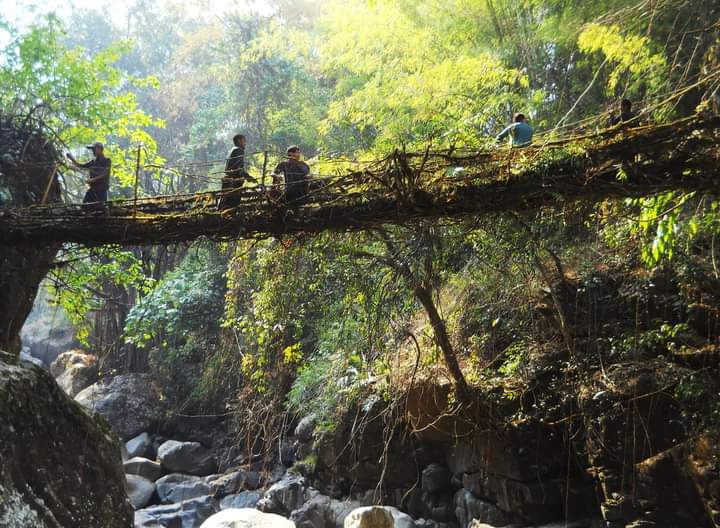 Far away from hustle and bustle of city life, three villages in India have been nominated for the “Best Tourism Village” by United Nation World Tourism Organisation.

There are almost 649,481 villages in India and each village practices its own unique tradition and culture. However, those rural areas that are not home to famous tourism sites, rarely attract tourists in India or in most other parts of the world.

To maximise the contribution of the remote sectors and to reduce regional inequalities, United Nation World Tourism Organisation is trying to advance the role of tourism in valuing and safeguarding rural villages along with their associated biological and cultural diversity of local values and activities.

Last week, the United Nations World Tourism Organisation (UNWTO) nominated three villages, Meghalaya’s Kongthong, Telangana’s Pochampally and Madhya Pradesh’s Ladhpura Khas, as the “Best Tourism Villages in India”. The three won the recognition due to their calm atmosphere, green location and a robust local culture. The award was given in recognition of being outstanding examples of a rural tourism destination with recognised culture and natural assets, that preserve and promote rural and community value.

The awards are an attempt by the UNWTO to maximise contribution of remote areas to tourism as well as to reduce regional inequalities. The body also seeks to advance the role of tourism in valuing and safeguarding rural areas along with their associated biological and culture diversity of local values and activities.

Kongthong has gained prominence due to its striking scenic beauty with mesmerising view of the surrounding mountains as well as all-pervasive greenery and a unique culture. It is also called the “Whistling village of India” situated in the East Khasi district, barely 60 km from Meghalaya’s capital Shillong.

With a mere population of only around 700 inhabitants, it is completely isolated from the entire world. Kongthong is an offbeat destination with immersive unique culture that makes the tourists curious to visit. The villagers call out each other using short tunes that resemble birdsongs that they have been practicing for generations. The villagers call this tune as Jingrwai Lawbei, which means “song of the clan’s first women.”

The tunes act as a second name for each villager but in reality are used more frequently than someone’s real name. 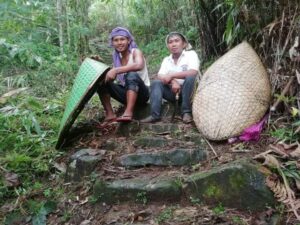 “It’s a way to express our love we compose our own tune for our children and we never use the same tune again, even if a person dies and always make sure each tune must be unique. While we go out of the village, we also use this tune for communication,” Rothell Khongsit, chairman of Kongthong village development committee tells Media India Group.

Khongsit adds that in the recent past, people have started visiting Kongthong and it is becoming as a tourist place. He also says that the government is showing its interest in promoting the village by providing adequate facilities.

“When I reached the village, I heard a lot of sounds of peculiar bird calls echoing through the jungle. When I asked the locals about where the sounds came from, they told me about the practice here. They also told me their names and how it could be whistled. It was a very unique experience for me,” Sreejith, a traveller from Thrissur in Kerala who visited Kongthong two years ago.

Bhoodan Pochampally village is located in Yadadri-Bhuvanahiri district nearly 40 km from Telangana’s capital Hyderabad. This village already features in the tentative list of UNESCO World Heritage sites under “iconic saree weaving clusters of India” and it is already acclaimed as a home to hand woven Ikkat Sarees and other textiles. Pochampally saree also received Intellectual Property Rights Protection or Geographical Indication (GI) tag in the year 2005.

The village has a tropical climate and is surrounded by palm trees. Pochampally also has a unique mix of heritage, history, modernity with scenic nature beauty along its beautiful lakes and temples. 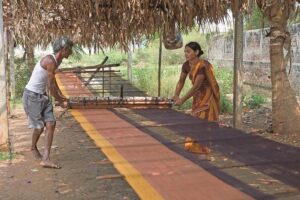 Pochampally has many traditional looms and many of these designs have been practiced for more than a century. Ikkat design has its own unique patterns. The natural techniques of weaving give the Ikkat designs a form of feathered edge, which is indeed a highlight of this technique. Pochampally handlooms are widely known for the durability of the colours that are used in the yarn.

“Pochampally Ikkat saree are popular for their traditional geometric patterns with the Ikkat style of dyeing. Now handlooms have been upgraded with changing times while customised designs are created based on the order and demand from customers,” says Anjanappe Kenday, an artist from Telangana.

While besides the handlooms, the village also has a few tourist spots like Vinbha Mandir and 101 Darwaja House that attract the travellers….

Arunachal is a goldmine for adventure tourism: Anshu Jamsenpa

As Domestic Tourism Picks Up, Cities, Travel Providers Need to Capture Minds of

PM to inaugurate Kushinagar airport, other projects in UP tomorrow | Latest News

Tesla made $1.6 billion in Q3, is switching to LFP batteries…

Buying a home or refinancing? A 30-year mortgage may not be…

Tokyo, Osaka to lift COVID curbs on eateries on Oct. 25 as…