Ahead of the second holiday shopping season of the pandemic, retailers are thinking about a lot more than Christmas.

Gathered in Dallas for the Texas A&M Retailing Summit, executives were focused on innovation. They know that supply chain log jams, rising prices and staffing shortages aren’t unique to the holiday season and that the pace of change won’t slow down when the health crisis ends.

Scott Benedict, director of the Texas A&M Center for Retailing Studies, said innovation is the theme of the conference because “we can’t recall a time when an industry had to adapt to so many trends that would take years to unfold but instead took months and in some cases weeks.”

“The best companies realized they could emerge stronger from all this with both online and stores. We had to learn to balance agility and maintain a long-term strategy,” said Levi Strauss & Co. chief commercial officer Seth Ellison.

The industry symposium comes at a time of unprecedented supply chain issues that may leave some retailers with empty shelves while consumers are raring to shop.

While off-price retailers depend on the same challenged supply chain this holiday season, Burlington Stores says it’s positioned to pounce on canceled orders and doesn’t anticipate having empty shelves.

While COVID-19 accelerated the demise of some retailers, that disruption created opportunities for off-price retailers, she said.

Off-price retailers aren’t immune to supply chain issues, but they have more flexibility, and stores aren’t limited to one category of merchandise, Hummel said.

“A customer may come in for curtains but she can still leave happy with a great pair of athletic shoes,” she said. Coats, which used to be in the formal name of the brand, now account for 5% of annual sales.

And while the pandemic sharpened brick-and-mortar retailers’ online capabilities, Burlington closed its online business just before the pandemic. Burlington’s average unit sale is $11, which is too low for the costs associated with online shipping and returns, she said. The chain is spending instead on a store expansion strategy.

Burlington is the smallest of the three big off-price retailers, behind TJX Cos. and Ross Stores. It has 800 stores and plans to get to 2,000 locations with smaller locations that are 25,000 square feet versus the 60,000- to 80,000-square-foot stores it used to build.

The smaller size gives Burlington more real estate choices, she said, and so far it’s working, with total sales up 34% in the first half of this year and same-store sales up 20%.

Ashley Buchanan, CEO of Irving-based Michaels Cos., said, “I’ve never seen innovation move as fast as it is today and how quickly all things in the last 18 months have been commoditized and copied.” 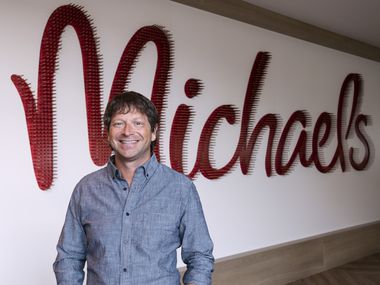 He offered an example: He needed a specific type of children’s shoes the day before school started. Ordering from Zappos would take too long, so he searched online for “black tennis shoes in D-FW” and Famous Footwear popped up. “The shoes showed up the same day, and I had never heard of Famous Footwear.”

Buchanan credits COVID-19 for forcing both “innovations and renovations,” saying he has made lots of basic improvements in operations while also turning the chain’s 1,200 stores into online fulfillment centers to accommodate distance shopping.

The company is now building up its infrastructure to become a marketplace for its maker customers’ creations similar to Etsy.

Mindy Perry, chief marketing officer for Kendra Scott, said the retailer is sticking with its proven concept of making connections with people first and then the transactions follow.

The Austin-based jewelry brand uses philanthropy marketing and personal contacts to generate interest in the brand. The company’s new men’s jewelry line called Scott & Co. comes with the message that 20% of the price benefits youth causes. 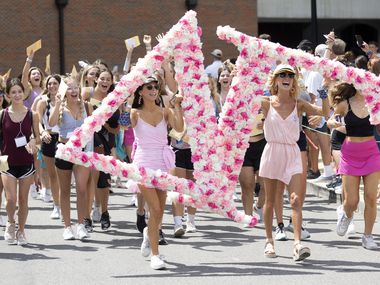 Founder Kendra Scott reaches out to customers all the time, including celebrities, Perry said. She told the story behind Prince Harry wearing one of the brand’s bracelets in a photo with Meghan Markle on the Sept. 27 cover of Time magazine.

When their son was born, Scott sent Markle a note and a bracelet with Archie’s name and birthdate engraved on it. Now Scott’s philanthropy staffers are talking with the couple’s Archewell Foundation about future joint efforts.

“We make connections first, then the transactions will come,” Perry said.

“We’ve got to control the things we can control and excite the consumer,” Ellison said. He joined Levi’s nine years ago when the company almost…

One in six adults in Great Britain not able to buy essential foods, ONS finds |

Harborside Announces Retail Partnership with RNBW, a New Premium Brand at the

Consumer is Suing Amazon, Saying the Retail Giants Should be Taking Action to Stop

Low code/no code increases efficiency in retail and beyond

What we know about the suspect in deadly NYC attack