Bright blue skies, lofty peaks and emerald green water – I stood mesmerized, watching the confluence of Indus and Zanskar rivers. The clean air and tranquillity of Ladakh was a refreshing change from the everyday hustle-bustle of Delhi.

Ladakh is known for its breathtaking mountain scenery, wildlife and unique culture. I was back here again after two years to visit local communities that UNDP is supporting through its climate and biodiversity programmes.

This region has a healthy population of snow leopards, beautiful and rare to find wild cats that play an important role in maintaining high-altitude mountain ecosystems. Snow leopard habitats provide many natural resources like water and minerals, estimated to be worth US$ 4 billion annually in India. During my last visit, I was fortunate to meet a young cub that had been rescued by the wildlife department, and named him Yuuki, meaning ‘courage’ in Japanese.

As we entered Tarchit, a small village of 200 people, the sights and sounds of rural Himalaya engulfed us. The women were dressed in kos, their colourful traditional dresses. Village elders murmured the prayer chants of ‘Om mani padme hum’ to the slow, rhythmic whirring of prayer wheels in their hands.

Going around the village, I was fascinated by the self-sufficient nature of the community. Most of their needs, be it food, medicine or clothes are met locally. This was a perfect example of living in harmony with nature. Yet these communities are also one of the worst affected by climate change despite practising a sustainable lifestyle. In recent years, the frequency of natural disasters in Ladakh has increased. Glaciers are receding, and there is an acute water crisis.

Like the people, the snow leopard also faces threats to its survival. Meeting some community members in Tarchit, I was once again reminded of the increasing problem of wild animals entering human settlements and causing damage involuntarily. Due to lack of wild prey, snow leopards are forced to venture into villages and attack livestock. This has created a conflicting situation between local communities and snow leopards who have otherwise co-existed for centuries.

There are two reasons for the decline of wild prey. One, climate change is shrinking the habitat for wild species like Himalayan Blue Sheep and Himalayan Ibex which are an important part of a snow leopard’s diet. Two, due to lack of alternate livelihood opportunities, herders are compelled to increase their flock size, which grazes the grass meant for wild species. This causes a decline in the population of wild prey for the snow leopard, forcing it to hunt livestock.

This is one of the problems that the SECURE Himalaya initiative is trying to solve. To minimize the loss of livestock, covered enclosures called corrals have been built for sheep to prevent snow leopards from attacking them. This has been a truly collaborative effort, with the programme providing the necessary raw materials and the community supporting the construction of the enclosures. 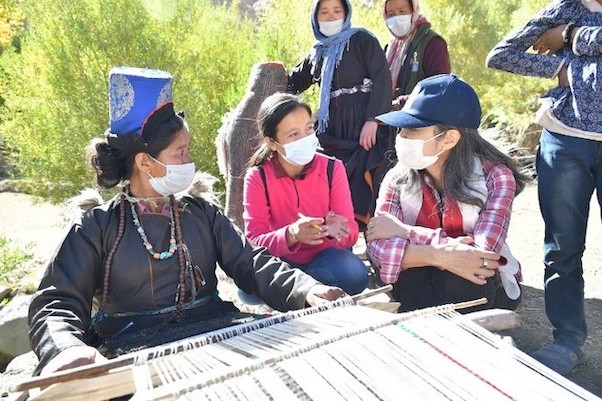 Recognizing the need to control the livestock population in the long term, community-based tourism models are being developed as an alternative livelihood. I was given the tour of Tarchit by Padma Tsomo, one of the 25 local youth trained as nature and culture guides as a part of the programme. Padma and her fellow trainees are looking forward to showcasing their rich biodiversity and cultural heritage to the outside world.

Communities are also being supported to develop homestays where tourists can get a taste of the traditional lifestyle and warm hospitality of the Ladakhi people. They are very particular, however, that they only want to host responsible travellers who respect their traditions as well as the environment. Some popular destinations in Ladakh have suffered from unregulated tourism and are battling a serious problem of plastic waste, and they do not want to go that way. It is heartening to see how these people uphold their values that emphasize upon responsibility towards nature. 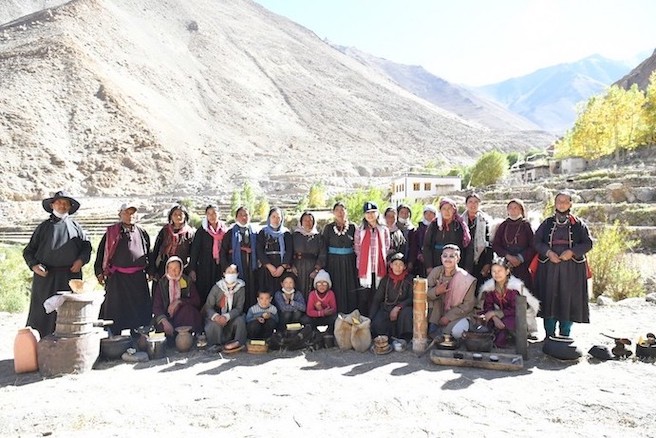 The day has passed quickly, and I leave feeling very optimistic. These communities are a beacon of hope for our planet, showing how we can make co-existence with nature a reality. Like snow leopards, they are the silent guardians of these pristine mountains.

Views of the author are personal and do not necessarily represent the website’s views. 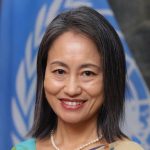 Ms Shoko Noda (Japan) is UNDP Resident Representative in India.  Previously, she was the UN Resident Coordinator and UNDP Resident Representative in the Maldives. Ms Noda was pivotal in taking forward the development agenda of the Maldives in a politically fluid and charged context. Effectively engaging key national political interlocutors, she has coordinated analysis, engagement and diplomatic action, in addition to strong resource mobilisation at a crucial transitional post-elections phase. She is a strong advocate for gender equality and climate action.

Thank you for reading. Please drop a line and help us do better.

In Dubai, cruise season is getting back into full swing from Mina Rashid

U.N. says global tourism losses to barely improve over 2020 as pandemic drags on :

NYC’s best restaurant Le Coucou is back and better than…

The Fed Faces Another Conundrum: The Bond Market Isn’t…

Medicare’s Telehealth Experiment Could Be Here to Stay |…