Projects in the Delco district represent about $162 million of new investment in downtown, Dickstein said.

These projects are creating a total of 335 residential units and 243,000 square feet of commercial, retail and office space, which includes 134 hotel rooms, Dickstein said.

Dickstein said private-public partnerships are key to advancing projects of this magnitude. 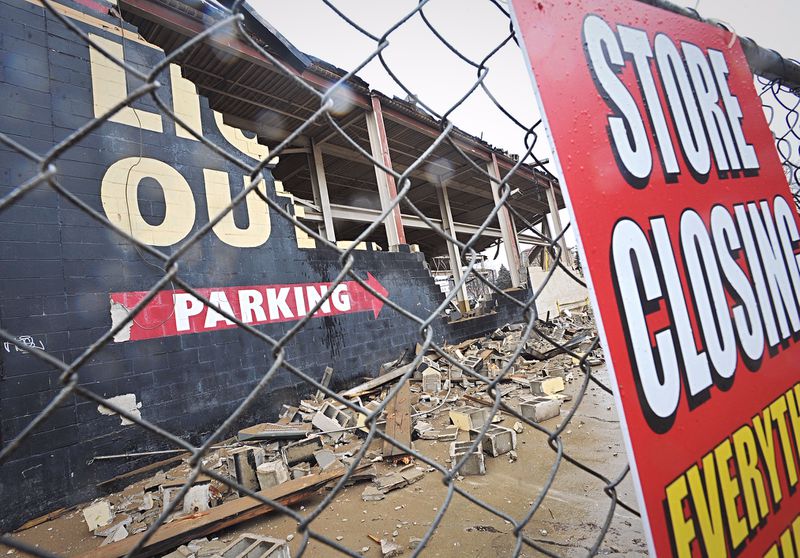 Demolition work on two buildings that had been part of the Mendelson complex in Dayton. The work is being done in preparation for a new AC Marriott hotel near the Dayton Dragons home field. The Mendelson liquidation outlet store remains open, and likely will until August this year, officials said.

The Monument, across from RiverScape MetroPark, will have 124 apartments and 4,500 square feet of ground floor retail space, according to information recently shared by Woodard Development.

The nearly $27 million project also will create a 132-space, two-story parking garage. The project is expected to be completed in summer 2022.

The Sutton, just west of Day Air Ballpark, will have 71 apartments. The $10.3 million project also could open next summer.

The developers also plan to build 1,700 square feet of private event space, and the project could be finished in the fall or winter of 2022.

Madison on First, next to the new hotel, will have 15,000 square feet of ground floor retail and restaurant space for Moeller Brew Barn and 5,700 square feet of office space, which will be occupied by construction management company Brackett Builders Inc. That project is a $6.4 million investment.

The First Days of ‘Lithium Valley’ Are Here

In Europe, trying to find fun and games in holiday retailing.

San Jose planning to crack down on retail thefts and robberies