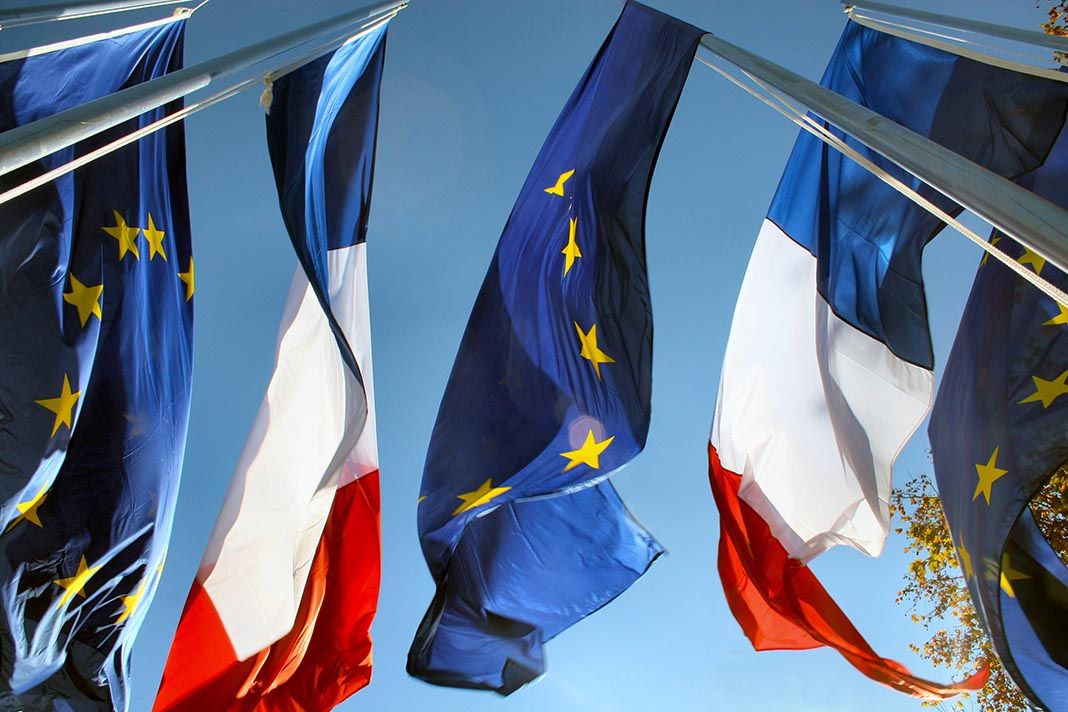 The Euro to Dollar exchange rate fell sharply in the wake of data showing the Eurozone economy slowed sharply in June and undermined expectations for a series of rapid interest rises at the European Central Bank, due to start in July.

The release of the S&P Global Flash PMIs for Germany and France triggered the initial fall after it showed the Eurozone’s two largest economies are rapidly slowing with all reading coming in softer and below analyst expectations.

The French Markit Composite PMI for June stood at 52.8, a significant miss on the consensus expectation for 56.0 and the previous month’s 57.0 reading.

The Euro-Dollar exchange rate quickly fell to 1.05 in the minutes following the release, having been as high as 1.0580. (Set your FX rate alert here).

The German Composite PMI for June slumped to 51.3, which is below the consensus expectation for 53.1 and the previous month’s 53.7. 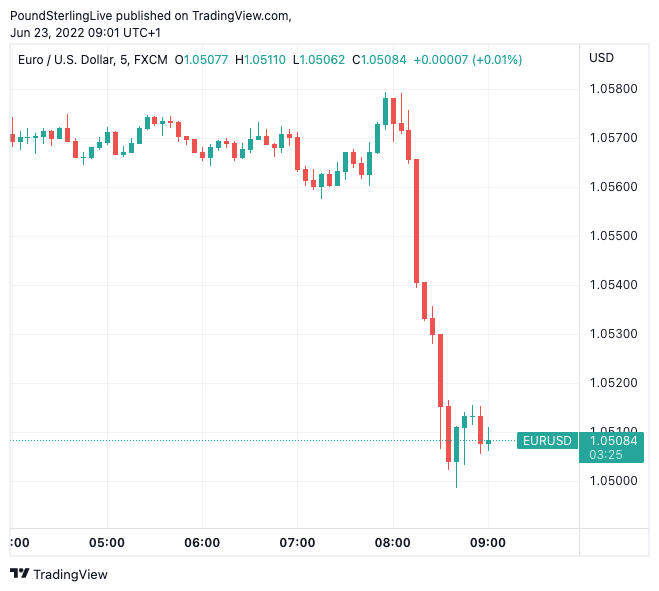 Above: EUR/USD at five minute intervals showing the reaction to the release of German and French PMIs at 8:00 BST.

The data suggests the Eurozone economy is slowing rapidly ahead of the European Central Bank’s looming interest rate hike in July, which will then be followed by another hike in September.

The slowdown might imply the ECB won’t hike by 50 basis points at either of the two meetings as interest rate rises are already expected to push the Eurozone into recession, which is in turn weighing on the Euro which has been supported by the hawkish shift at the ECB of late.

“The ECB missed the boat in hiking 50bps this month. The window for hikes is closing rapidly, at best they’ve got two (maybe three) meetings before Europe is in a recession. If they want to get away from negative rates they’ve got to go 50bps in July with very dovish communications,” says Viraj Patel, Macro Strategist at Vanda Research.

“Eurozone economic growth deteriorated sharply to a 16-month low in June, according to preliminary PMI data, reflecting a stalling of demand growth,” said S&P Global in a note detailing the latest developments in their PMI surveys.

Eurozone Manufacturing PMI for June was released an hour after the French and German data and showed a slowdown to 52.0 in June from 54.6 in May. The consensus was looking for 53.9.

The Composite PMI read at 51.9 in June, meaning the Eurozone economy was close to falling below the key level of 50 which marks the line between growth and contraction. 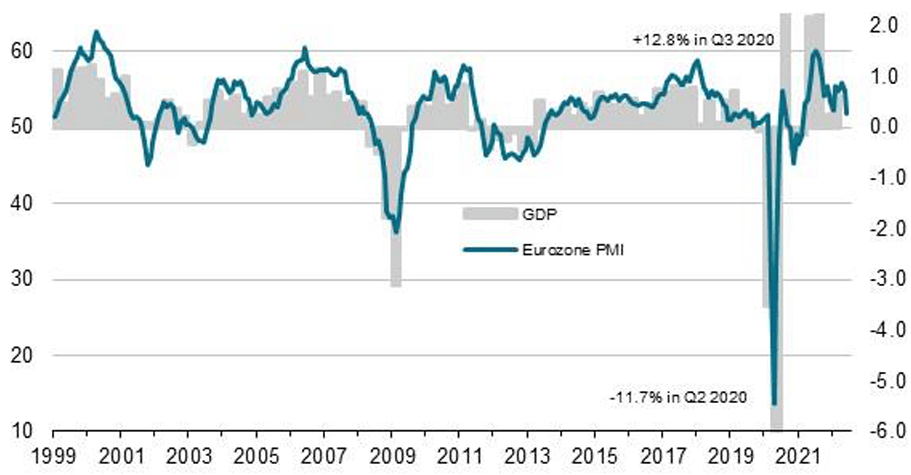 This is a discernible slowdown from May’s 54.8 and is below the consensus expectation for 54.0.

Furthermore, companies also scaled back their business expectations for output over the coming year to the lowest since October 2020.

Both the stagnation of demand and worsening outlook were widely blamed on the rising cost of living, said S&P Global.

Tighter financial conditions and concerns over energy and supply chains linked to the Ukraine war and ongoing pandemic disruptions were also blamed.

The survey also revealed although price pressures remained elevated at levels not seen prior to the pandemic, a moderation of cost growth was observed for a third successive month.

S&P Global said this hinted at a peaking in the rate of inflation.

Members of the ECB’s Governing Council will take note and question whether it is optimal to press ahead with interest rate hikes at a time of rapidly slowing activity and peaking inflation.

A re-rating of ECB rate expectations could place pressure on Euro exchange rates going forward, all else equal.

Rupee Could Sink All The Way To 80 A Dollar Soon. Here’S Why

Moscow Is Trying to Weaken Its Native Currency Further

BizLink : to Announce the Book Closure Period and Conversion Prices Adjustment for

No stopping, here is the new low: 404 forints for the euro

A strong U.S. dollar abroad can take some of the sting off rising travel costs

Household incomes in worst run of declines on record

Residents of Billionaires’ Row co-op told to pony up…

80,000 Bitcoin millionaires wiped out in the great crypto crash…